CZ | EN | FR
Back to the list of sections 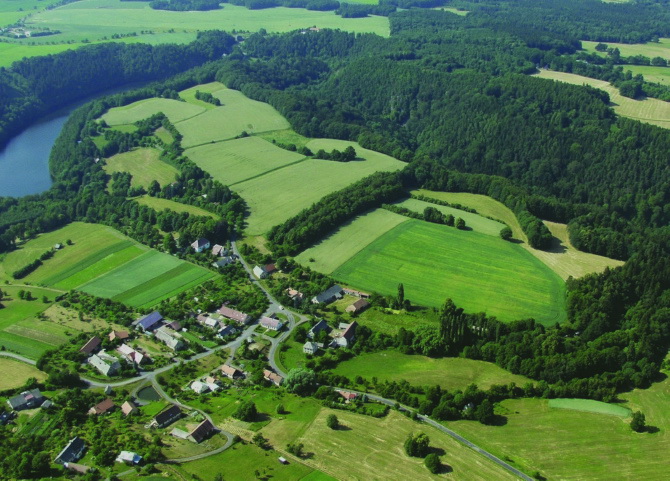 The fortification of the outer ward remains questionable. Even though it is documented that the outer ward was indeed settled, it probably hasn´t been fortified.

Massive triple mounds on the east and south side. The main pincer-gate was located at the top of the triangle formed by the links of the mounds.

The bulwark served as a provisory fortification, then came the building of the fence with stone front walls about 2m high.

The České Lhotice oppidum main gate. The east part of the gate and the entry itself was ruined by road construction in 1911, but search work in the 70´s was conducted to try and clarify its construction and chronology.

One can imagine a tower construction or a simple bridging of comunication at the end of the inward-turned gate wings. This way, the defense mechanism of one of the weakest links of the fortification, was more effective . The potential attacker was menaced by long-distance weapons not only from the front but also from both gate wings.

The gate was examined in 1979. Stone cumulations were found, some of them even from the La Tène period. The existence of the gate was nor confirmed nor denied because the area is perturbed by a hollow way.

The common build-up is managed by the individual fort units following the main roads. Their main part was a fenced yard. Houses, smaller farm houses and workshops were inside. He empty central place that used to serve as a gathering point hasn´t been confirmed by field search, but can be anticipated.

Research in the acropolis in the 80´s uncovered the largest continuous area. In light of new discoveries, the original interpretation as the „cult area“ is no longer valid. However, the relics of superficial constructions and traces of a certain space organization remain identifiable.

In 1971, two ring-beams, basic parts of burial mounds with respectively 8 and 5m diameters, were discovered near the acropolis. A bronze scabbard from the first half of the seventh century B.C is currently the only extant artifact able to date barrows. During this period, eastern Bohemia was seated by members of the Silesian culture.